The venerable Enduro received a massive makeover for 2020, and the result is a bike that looks a whole lot like Specialized's Demo downhill race machine, minus the dual crown fork. All models of the Enduro have 29” wheels, 170mm of travel, and carbon frames.

The new Enduro still uses a Horst link design, with the chainstay pivot located below the rear axle, but the shock now sits lower in the frame and the main pivot location has been shifted. Those changes allowed Specialized's designers to increase the amount of anti-squat by 40%, and to add more end-stroke progression to prevent unwanted bottoming out on bigger hits.

We tested the S-Works model Enduro, which gets all the bells and whistles, including a frame that's 250 grams lighter than the standard model, a SRAM AXS wireless dropper post, Shimano XTR 12-speed drivetrain and brakes, Fox Factory 36 fork and Float X2 shock, and Roval Travers SL carbon wheels. All of those niceties add up to $9,750 USD. 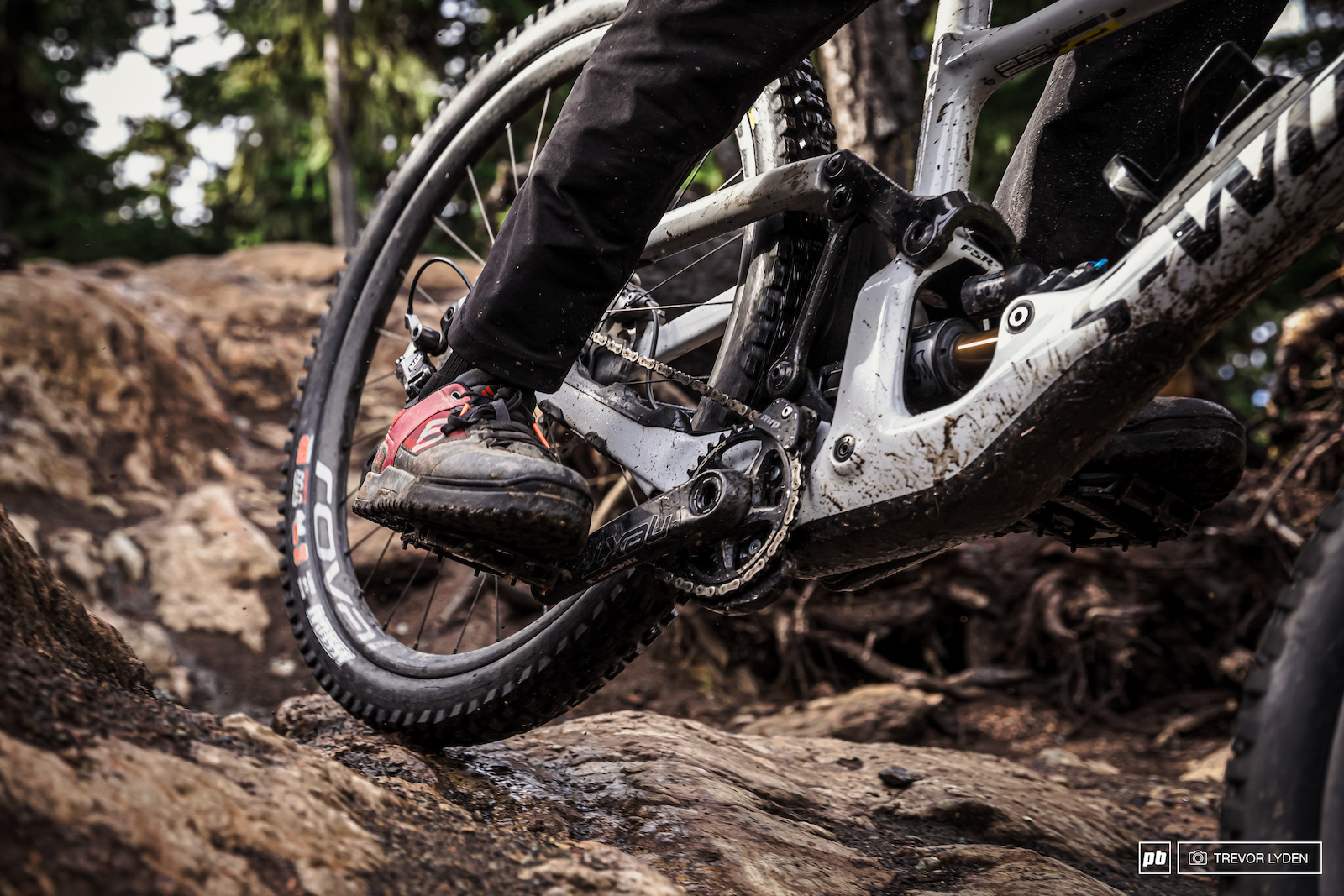 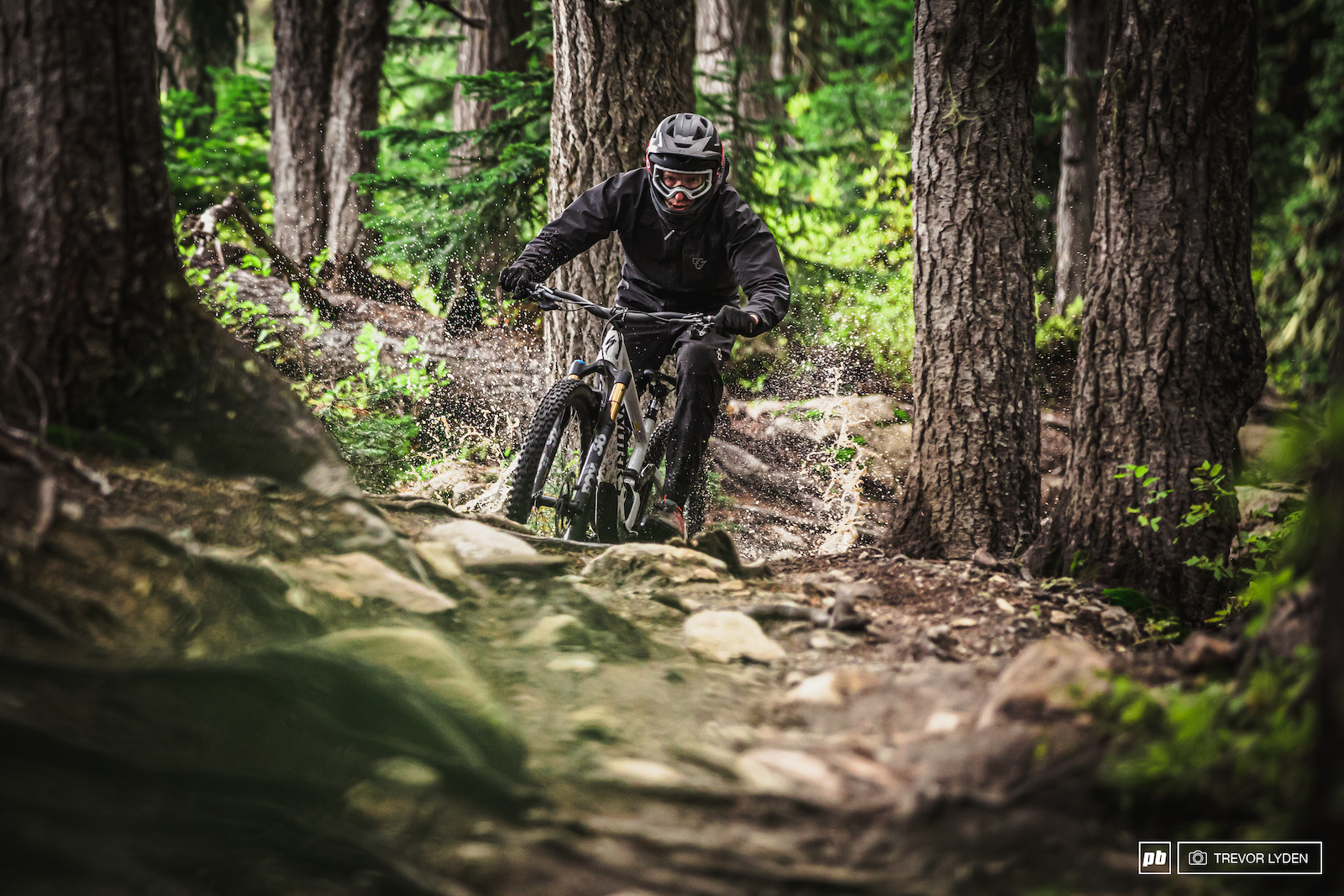 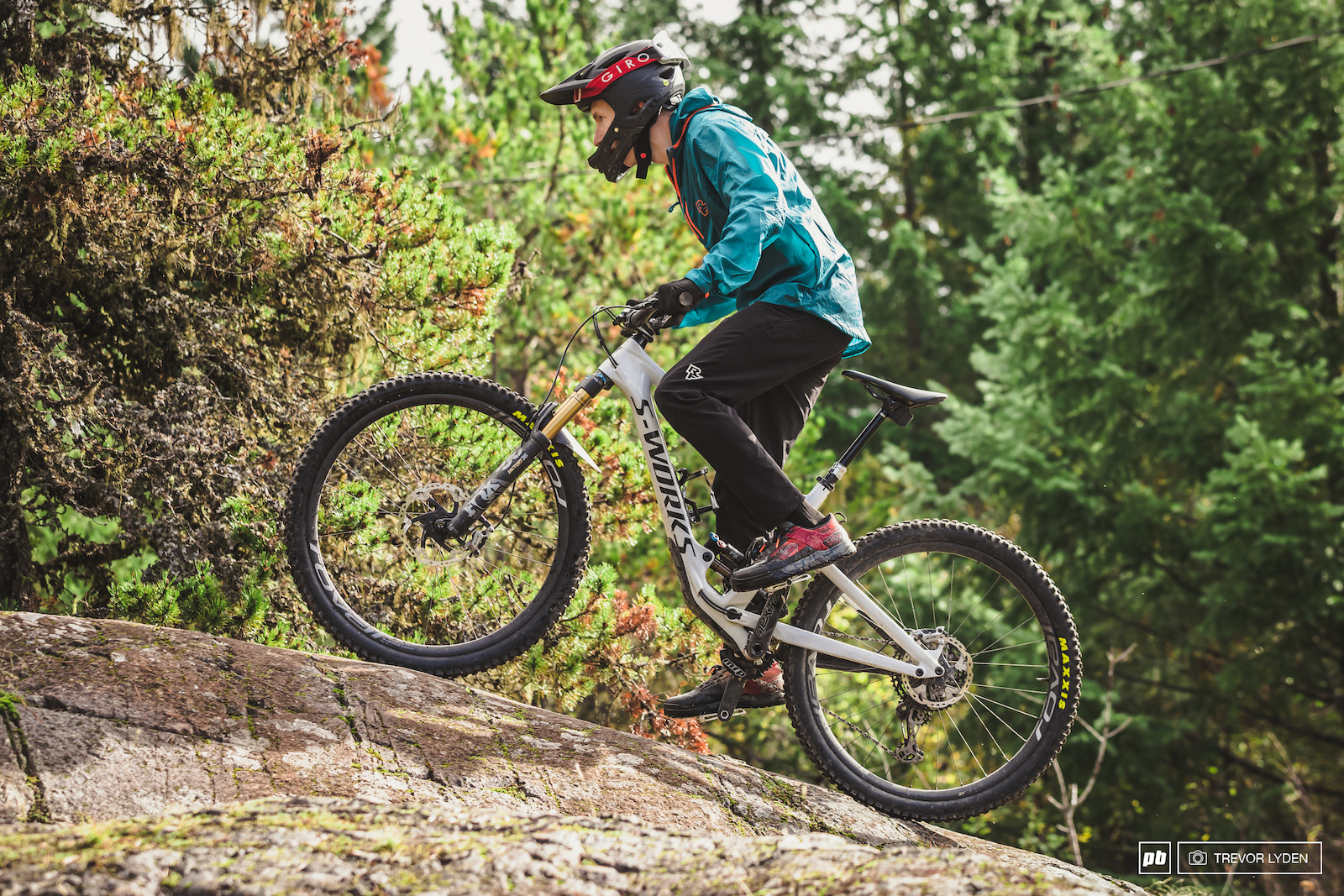 You're never going to mistake the Enduro for a short travel trail bike, but it is an efficient climber, especially considering how much travel is on tap. The increased anti-squat is noticeable, which help give this big beast much better acceleration than before. Like the SB165, it's a bike that has a very gravity oriented focus – it'll get to the top of a long climb without putting up much fuss, but it's best suited to riding areas with long climbs and long descents, rather then somewhere with mellower, more rolling terrain.

The low geometry setting is exactly that, and we experienced a decent number of pedal and bashguard strikes with the shock set in that position. The higher setting, which raises the bottom bracket height by 7mm and changes the head angle to a still-slack 64.3 degrees may be the way to go depending on how rough your climbing trails are, or if you care about the end of your cranks.

The Enduro's seat tube angle is 76-degrees, which isn't out of the ordinary, but it'd be nice to see it get even steeper for a less stretched out climbing position. A 40mm stem, rather than the 50mm Deity that's spec'd would help with this as well. 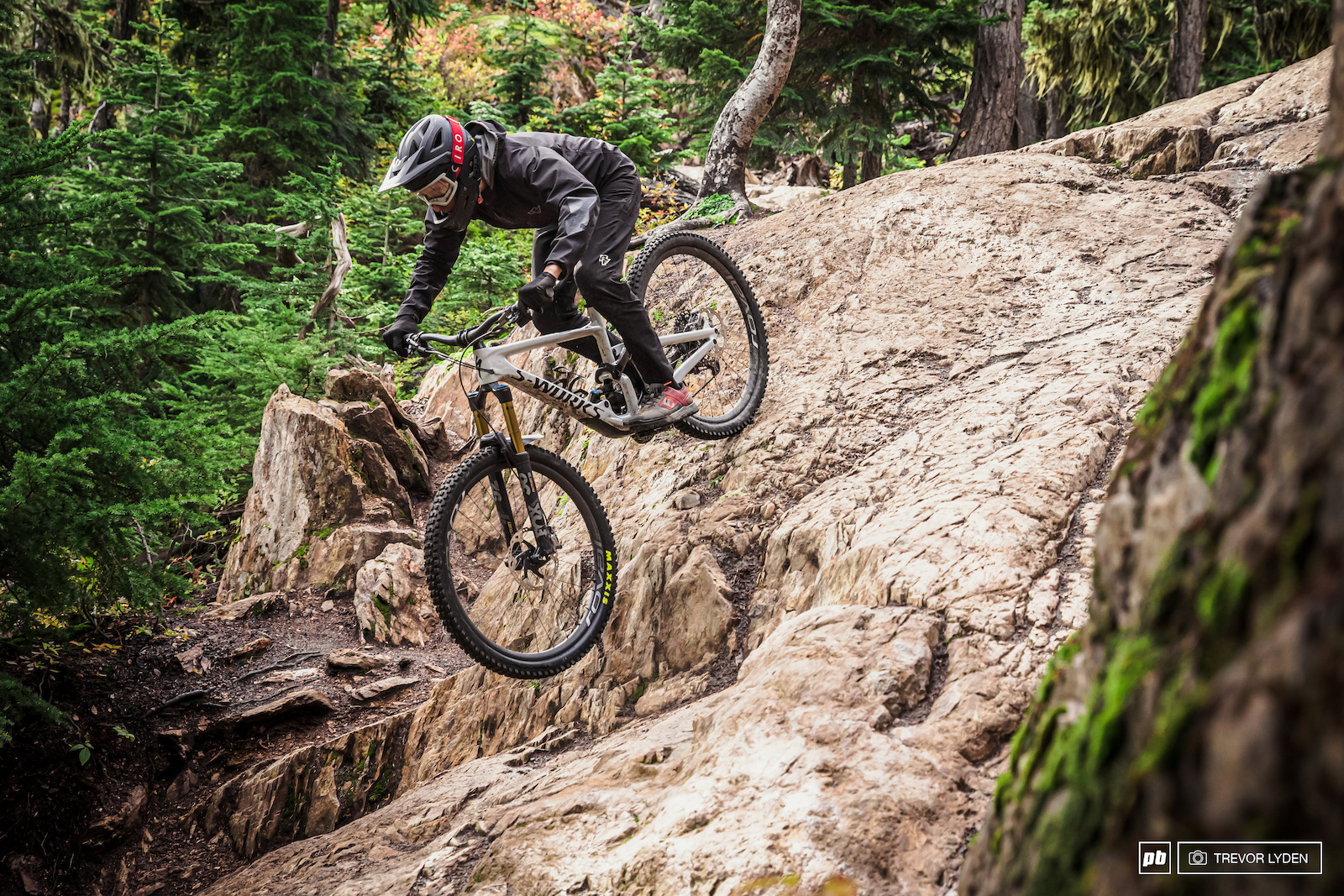 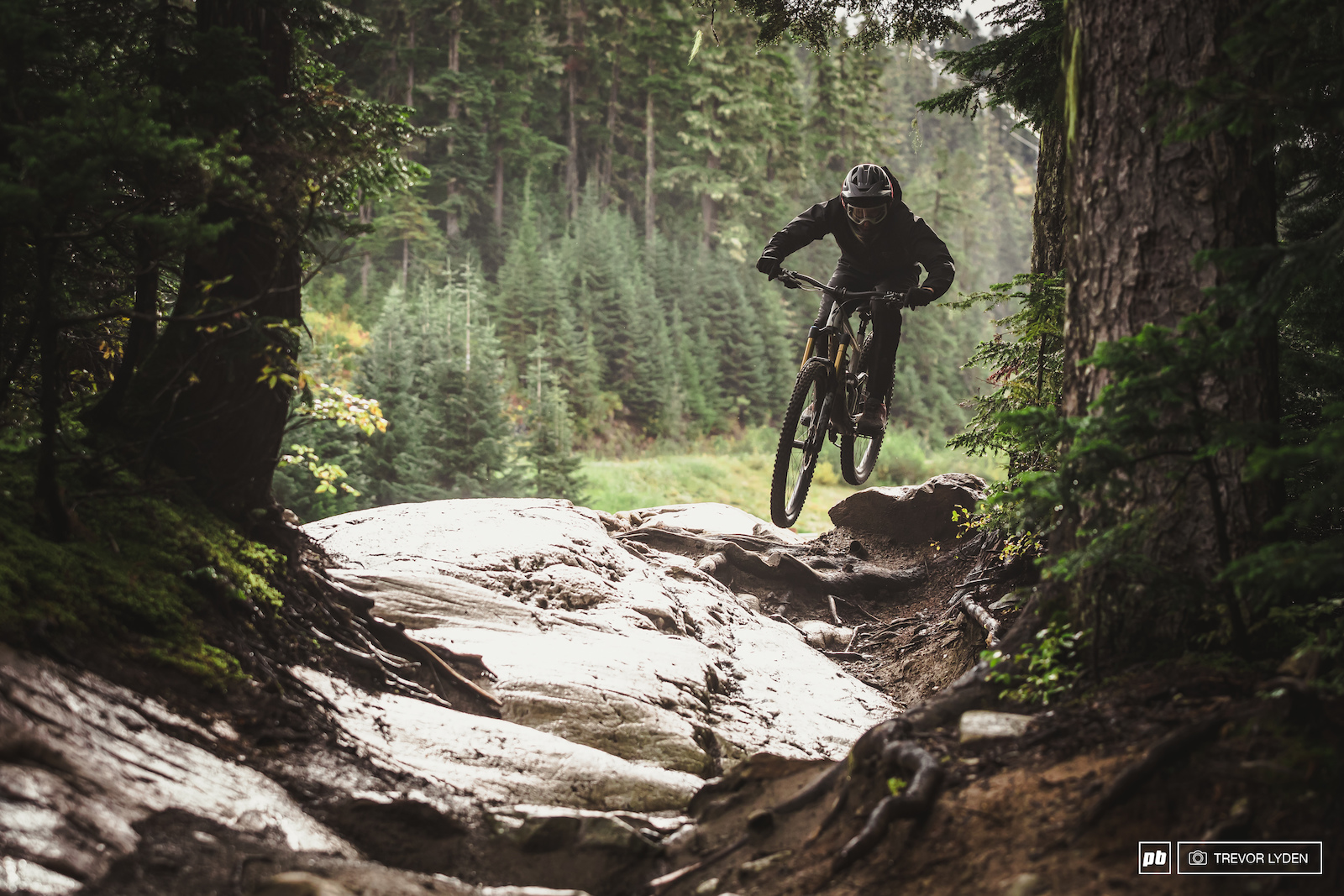 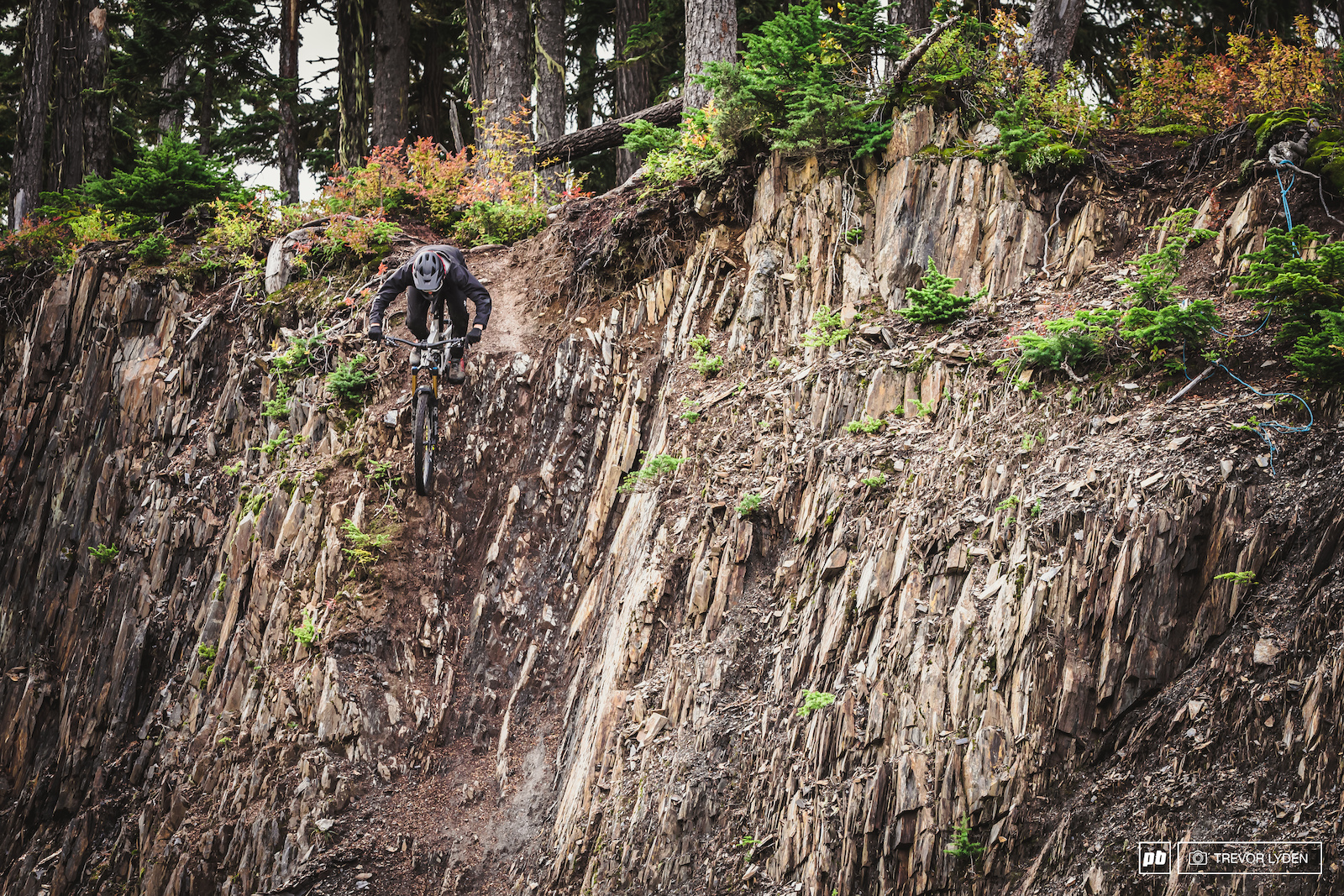 Hands down, the Enduro felt the fastest out of all the bikes in our test fleet. While the longer overall length was occasionally noticeable while climbing, it wasn't a detriment in the bike park or on more natural trails. There's a massive amount of stability, both in the air and on the ground, and having the weight nice and low in the frame makes it easy to rocket through the turns. It takes a little more effort to pop up and over obstacles, but if you mistime a jump it's not the end of the world – the Enduro will just smash through whatever is in the way.

The Enduro never faltered, no matter what we took it on, whether it was high-speed jump trails or steeper, more technical downhill tracks. This is a bike that wants to go flat out all the time, with handling that's about as close to a downhill bike as you can get without being the real deal. Even though it does all right on mellower terrain, it doesn't have the same 'all-rounder' feel that the Ibis HD5 delivered - this is a bike for letting it all hang out on big, fast descents whenever possible.

As far as components go, the Roval carbon wheels held up to all of the rock smashing we subjected them through, the AXS electronic dropper post never ran out of juice, and the XTR drivetrain rattled off perfect shift after perfect shift.

Timed Testing
Our timed lap for the enduro bikes took place on Schleyer, a Whistler Bike Park classic that includes a variety of features, including drops, chunky rock gardens, longer rock faces, plus a few jumps and stepdowns added into the mix. A few timed runs isn't the final say on whether one bike is faster than another, but it did give us a way to compare our perceived vs. actual speed.

Jason Lucas I got my fastest timed lap of the timed sessions with the Enduro, and I tested it in similar conditions as the other bikes.

Mike Kazimer: I got my third fastest time on the Enduro, 2% off my quickest lap, but it'd probably be a different story if conditions had remained the same for both timing sessions. 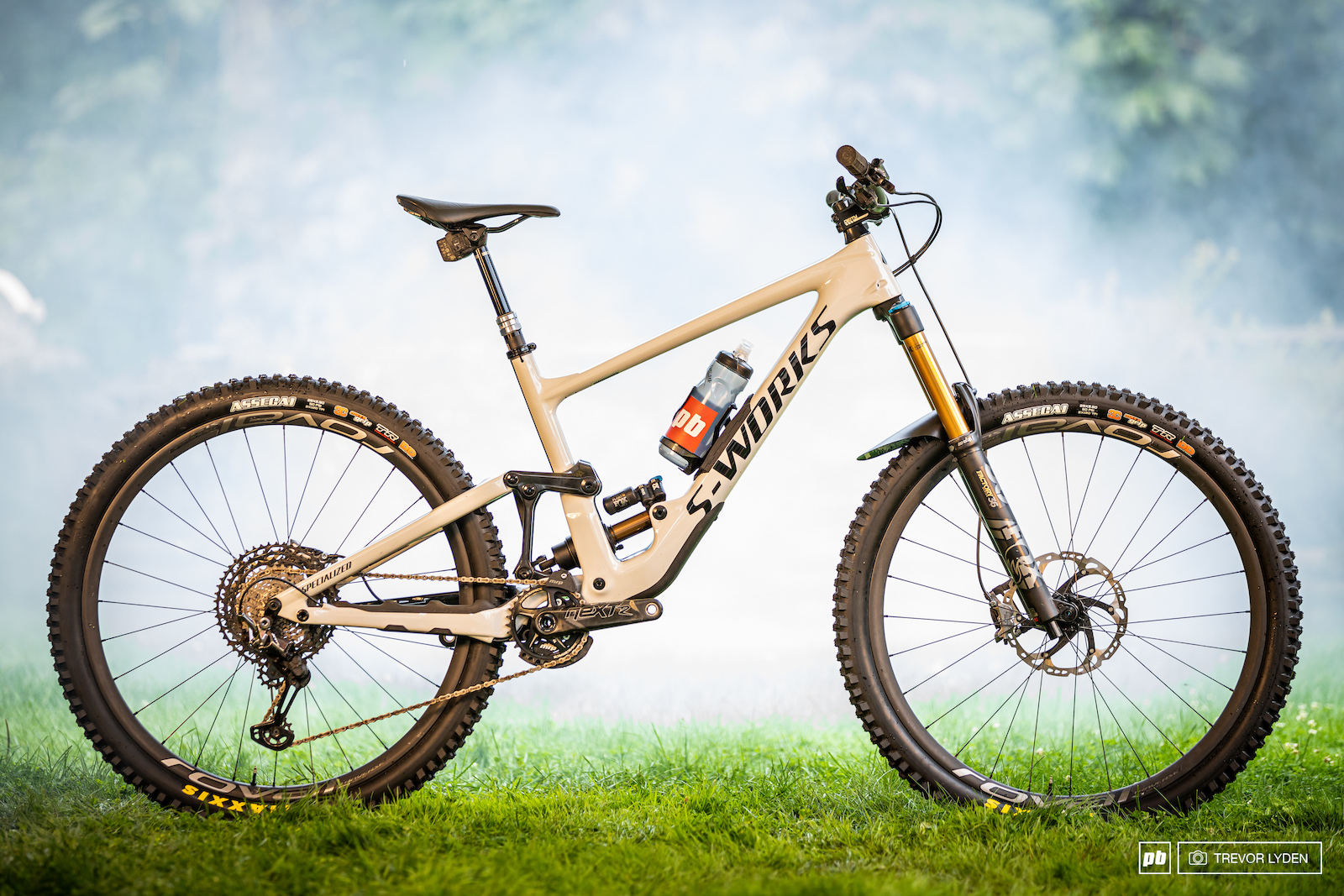 Pros
+ Near DH bike feel. Can handle pretty much everything and still pedal to the top.
+ The SWAT system is so good it’s hard to go back to bikes without it.
+ Very reasonable weight considering amount of travel and capabilities
Cons
- Seat tube angle could be even steeper - top tube length is relatively long.
- S-Works version is really expensive, but the next models down offer similar performance at more realistic price.